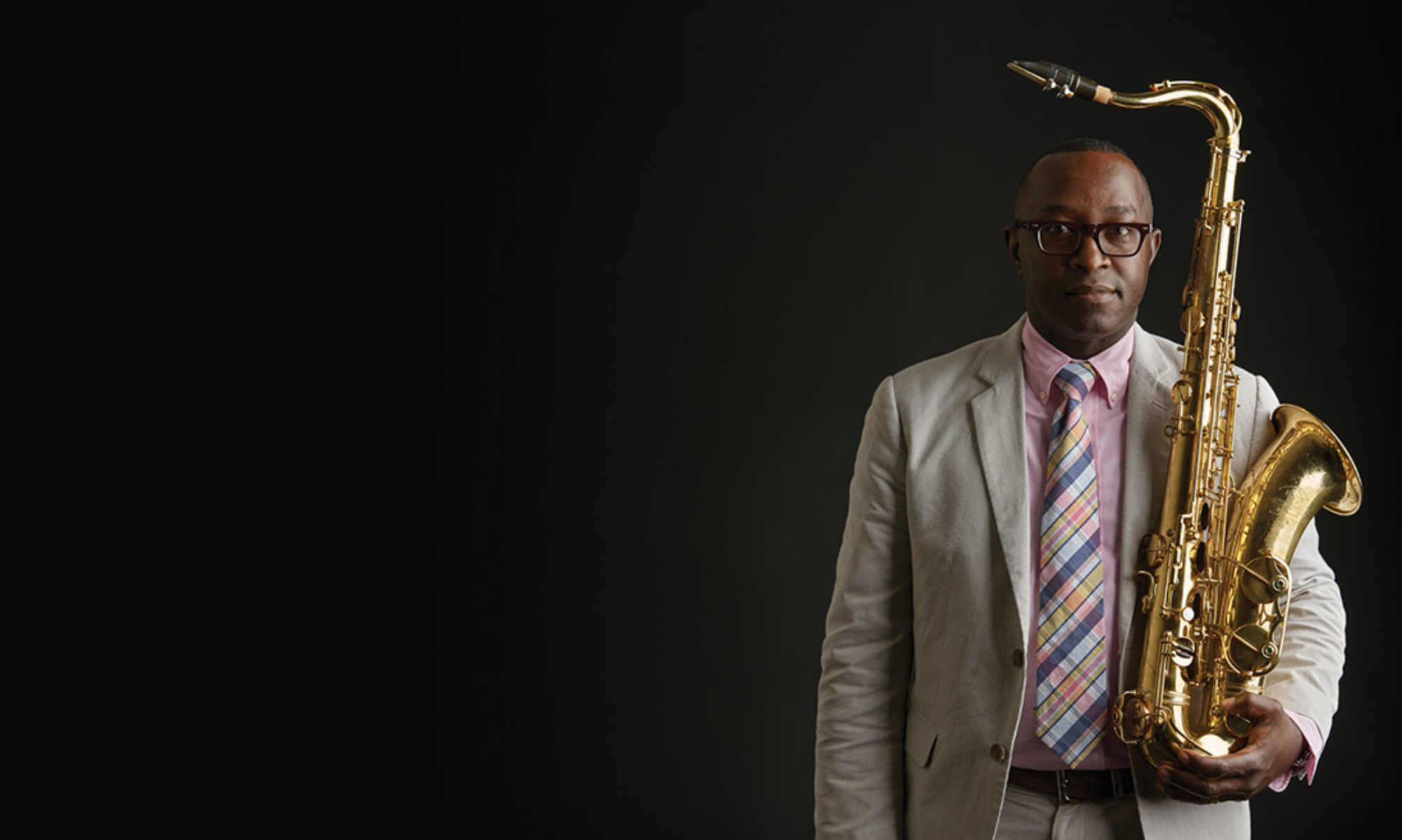 RACINE – Jean’s Jazz Series presents the second in its season of three evenings celebrating the diversity of jazz with Kevin Brown and Friends and the Kal Bergendahl Project at 7 p.m. Saturday.

The musical series is in its fifth season. All performances are at the Racine Theatre Guild, 2519 Northwestern Ave.

Kevin Brown and Friends bring jazz tradition to a smooth jazz concept from Racine’s own Kevin Brown (by day, an assistant principal at Gilmore Middle School) on tenor sax, Billie Johnson on bass, Brian Harris of Waukegan at the piano, Milwaukee’s RoeMarcus Jones beating the drums and vocalist Jasmun Song.

Four horns, three percussionists, keyboards and bass will bring the sounds of Latin jazz, Brazilian samba and Afro-Cuban music to the Racine Theatre Guild next Thursday when the Milwaukee-based De La Buena takes the stage for the opening night of Jean’s Jazz Series 2006.

Drawing on it’s members vast musical interests, De La Buena has created it own vision of Latin Jazz with roots in the music of 1970’s-era artists including Ray Barretto, Cal Tjader, Willie Colon, and Tito Puente.

“We strive for the gravel, grit, warmth and sheer rawness of the music of that era while working to have very tight, streamlined and unique arrangements,” said David Wake, keyboard player for De La Buena.

Most of what De La Buena will play at Jean’s Jazz will be original music, composed collaboratively by the group which performs regularly at Milwaukee’s Shank Hall and Jazz Estate, and includes the talents of Racine native Jamie Breiwick on trumpet and flugal horn.

“Being respectful of the traditions and cultures of the music is always at the forefront of our explorations,” said Wake, “But, we do take chances.”

Those chances take the form of unorthodox horn harmonies, song forms and song selections, he said.

“How else has, or will music progress without pushing the boundaries?”

De La Buena is just half of the world music equation for March 16. The first two concerts in Jean’s Jazz Series will each feature two ensembles and the opening act for De La Buena will be One Drum – a world music group that Wake described as “a big musicultural family.”

“One Drum covers cultural mediums world-wide with the same respect for tradition that De La Buena covers in the Latin vein,” said the keyboard player, who works with both groups. Quite a few of the musicians on stage that night, in fact, play with both De La Buena and One Drum.

“On March 16, you can experience One Drum taking you on a trip around the world and you will see how we are all connected,” said Wake.

Principal sax The series will turn to more traditional jazz, as well as smooth jazz, for its second offering on April 1. Racinian Kevin Brown and friends will feature the music of straight-ahead jazz greats ranging from Cole Porter and Irving Berlin to John Coltrane and Charlie Parker as the opening act for the second concert.

Brown, who by day is assistant principal of Gilmore Middle School, came to saxophone playing late in life but has been making up for lost musical time ever since. A Louisiana native, Brown was 25 when he bought his first saxophone from a pawn shop in 1993.

“My dad tried to get me to play an instrument when I was in the fifth grade, but somehow shooting marbles seemed more important to me at the time,” said Brown. “Little did I know that I’d be here, at this point in my life playing the sax.”

Brown was teaching at a university in Louisiana when he spotted the horn in the pawn shop. Much of his time prior to 1993 had been spent going to school year-round to earn a bachelor’s and two master’s degrees and Brown said he found himself becoming burned out.

“I decided not to teach that summer and that’s when I bought the horn,” he said.

A few months later, Brown came to Racine to teach in the Unified School District and soon after moving here he began studying music at the Wisconsin Conservatory of Music with saxophonist Berkeley Fudge. He also studied for a while with Curt Hanrahan of Racine’s Lakeshore Conservatory of Music.

“I started from scratch, but I put in hours and hours of practice, surrounded myself with veterans in the business and begged people to let me sit in with them,” he said.

Since then he has performed with other musicians at venues including Caroline’s and the Jazz Estate in Milwaukee, Kenosha’s Hob Nob restaurant and Henry & Wanda’s in Racine. While he isn’t comfortable being called a professional musician, Brown said playing the saxophone is one of the most serious things he’s ever done in his life. And he feels honored to have been asked to be a part of Jean’s Jazz Series.

Accompanying Brown on stage will be Billie Johnson (who has played with Lionel Hampton and Abbey Lincoln) on bass, Brian Harris of Waukegan on piano, Ro Marcus Jones of Milwaukee on drums and vocalist Jasmun Song.

Also on the bill April 1 is the Kal Bergendahl Project, a Kenosha County-based smooth jazz ensemble formed by front man and bassist Kal Bergendahl. Bergendahl, formerly with the group Emerge, founded KBP in the fall of 2005 and describes the band’s sound as reminiscent of David Sanborn and Kirk Whalum on the jazz side, with pop influences including Norah Jones and Joss Stone.

Other members of the group are faculty and alumni of the Living Light School of Worship, a church-based music program, of which Bergendahl is founding co-director. Included are Racine native and saxophonist Jeremy Scott and Harold Mims, a Berklee College of Music graduate, on keyboards.

Dancin’ shoes Such diversity of sound is something that series founder Joe Mooney says is among his goals for Jean’s Jazz, which he created five years ago in memory of his wife, Jean, a jazz and theater fan who died in 2001. Mooney used money from memorials to start the series, which serves as a fund-raiser for the Theatre Guild.

Previous seasons have featured a wide-range of performers from Jackie Allen, to Harmonious Wail and Mrs. Fun. One of the most popular performances was last year’s season finisher by The Swing-0-Matics, which had the audience dancing in the aisles.

Based on that reaction, Mooney has chosen to return to the swing era for this season’s third concert and this time around, the swingin’ sound will be courtesy of The Mr. Lucky Swing Syndicate. With a minimum of 11 musicians, the Syndicate has a song list of more than 500 danceable numbers, including rhythm and blues, ballroom, and both traditional and modern swing.

Having earned the title of Swing Band of the Year from the Wisconsin Area Music Industry Association in 2005 and 2003, this group consists of professional musicians who also perform with other top-name area acts, and have toured with national artists such as Frank Sinatra, the Miami Sound Machine and KC & The Sunshine Band. And, when they aren’t swinging on stage, these performers hold down a variety of day jobs including lawyer, bank vice president, computer programmer, music educator and general-purpose parent.

“Last year everyone had a blast at the swing event and that’s exactly what we want to do again,” said Mooney.

Moving along While Jean’s Jazz Series may not yet have reached the unofficial goals Mooney set for himself at its inception, the founder says he feels it has been a success. Originally he had hoped that after five years, tickets would be hard to come by, and that in ten years he’d be able to bring in national recording artists to perform. Neither is the case yet, but some inroads have been made, Mooney said.

“I have talked with people from Narada Productions and, from a financial standpoint, it has been a successful fundraiser for the Theatre Guild – and I know that would make Jean very happy.”

In the meantime Mooney says he is glad to be able to offer audiences relaxing evenings out where they can hear good music in a smoke-free, acoustically superior atmosphere.

“We want to create some fun for people,” he said. “I want them to go away saying they enjoyed themselves.”

In addition to the music, each concert will feature a cash bar and complimentary treats, courtesy of Mooney’s daughter, Tricia, who is a pastry chef, as well as coffee from the Mocha Lisa coffee shop.

Sponsors for this year’s series include HarborFest, Landmark Title of Racine, Inc., the Racine Raiders, and Norco Manufacturing.