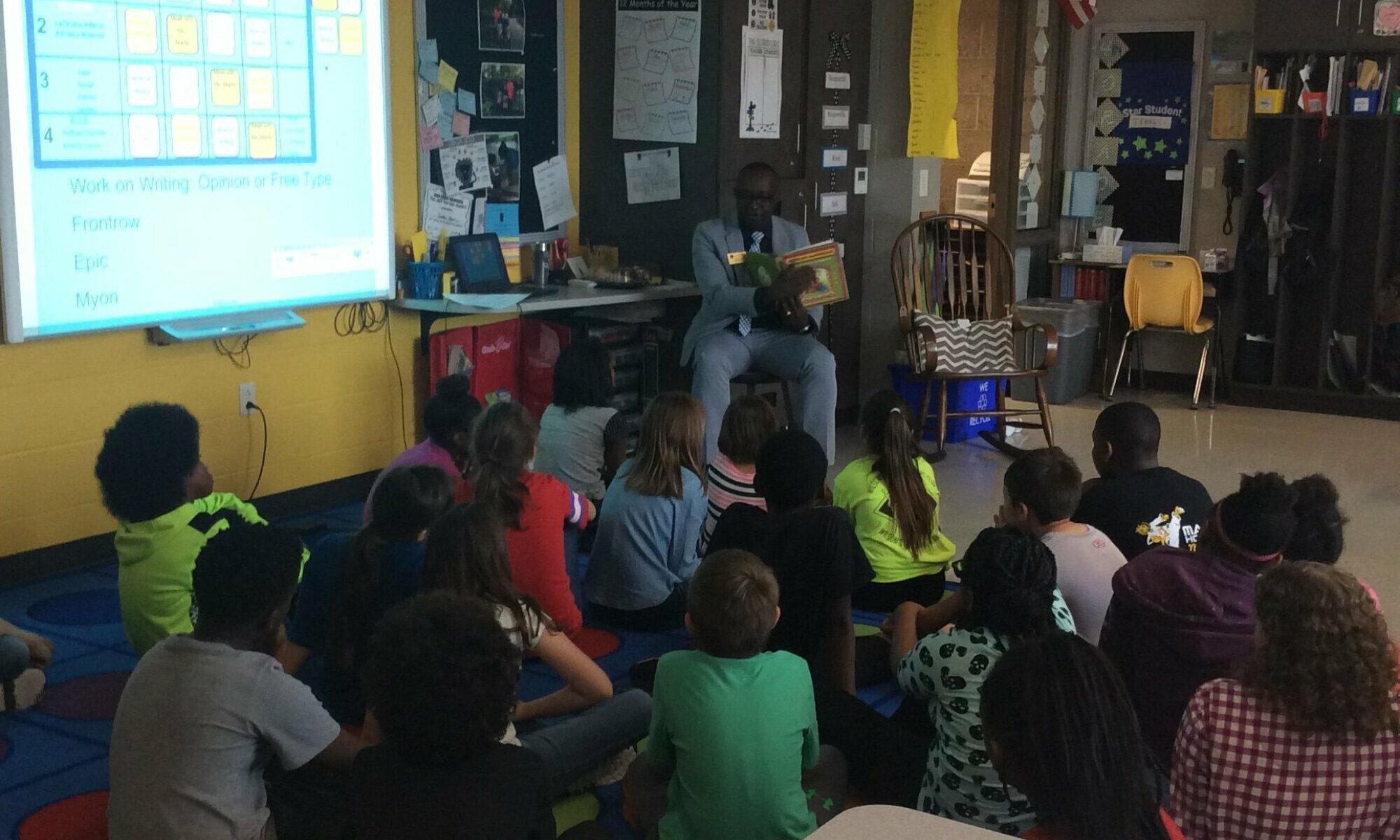 As we approach the Dr. King’s birthday celebration and the 54th year of Dr. Martin Luther Kings’s assassination, many within the African American community and beyond continue to follow the path of Dr. Kings’s beliefs and teachings. Year after year, the country continues to celebrate and rejoice in the vast contributions Dr. King made while fighting for social justice and equality for African Americans and others.  Dr. King particularly focused on employment, housing, and military institutions which are all central to Americans’ social life.

Dr. King did not write or speak a great deal on education. Several scholars believe Kings’ minimal writings or statements may be as a result of timing. During the year of 1954, Dr. King was but 25 years old as well as a newly appointed pastor of Dexter Ave Baptist Church. In 1954, Thurgood Marshall won a landmark victory, from the United States Supreme Court. The Supreme Court’s position supported the parents of African American students who were constantly denied access to white schools simply due to their origin or race. The court stated, “Kansas laws allowed for segregation of school enrollment based on race. This violated the Equal Protection Clause of the 14th Amendment by denying African American students “benefits” and “opportunities” of education equal to white students.”

Though there may be limited writings from Dr. King on the purpose of education, he did publish his thoughts on education while attending Morehouse College in 1947. He argued that to benefit society, high quality education should focus on developing students’ critical thinking and moral compass or imperative. Dr. King, continued by saying, “Setting a high bar for critical thinking is important not only within the context of a specific course, but also as a lifelong skill. Education must enable a man to become more efficient, to achieve with increasing facility the legitimate goals of his life” (Stanford University, 2022). Retrieved 1/15/2022 from: “The Purpose of Education” | The Martin Luther King, Jr., Research and Education Institute (stanford.edu)

Dr. Martin L. King Jr was assassinated over five decades ago and the landmark Civil Rights victory of 1954 outlawed separating students on the basis of race. The Supreme Court ruled students of color shall be afforded equal access to American Public Schools. Since 2014, there are more students of color in American Public Schools. The same students who more than not read several grade levels below. Students of color are less likely to enrolled in rigorous math courses. A much-needed discipline to master in the 21st Century. After all, many current and future careers will be in the areas of Science, Technology, Engineering, and Numeric Literacy (Math).

We are now 22 years into the 21st Century. How are students of color fairing in American Schools? Since the 1954 Supreme Court ruling which favored the Brown family, are African American students doing better? Do American Public Schools systemically work against students of color? Do all American students have equal access to public education? In the next section, I will provide answers to the questions raised above.  To begin, I find it necessary to provide clarity by starting with a breakdown of teachers and students’ demographics.

When the onion is peeled back, the data findings show significant disparities as it relates to the ratio of African American students to African American teachers. This is also true for Hispanic students. Hispanic students make up 26% to 30% of public-school students. However, there are only 8% to 10% FTE Hispanic teachers. Additionally, White students make up 48.9% of public-school students. However, of the 3.2 million teachers in public schools, 80.1% are White teachers (National Center Educational Statistics, 2017). Does the lack of teachers of color really matter? (Yes). Does the lack of teachers of color have a negative impact on students of color as well as white students? (Yes). Do white teachers benefit from having a diversified faculty and staff? (Yes). According to the research, do non-black teachers and administrators believe students of color can earn a four-year degree? (Not all). Several of the questions raised are grounded in what is known as implicit bias.

If you have a brain, you have biases. Regardless of race, ethnicity, gender, or origin humans have biases. Do our implicit biases allow for collateral damage for students of color? Some will say, yes with supporting evidence from reputable institutions such as John Hopkins University and others. Do teachers and administrators’ implicit biases diminish access and opportunities to learn for students of color?  (Yes, more than not).

An implicit bias “is any unconsciously-held set of associations of particular qualities to all individuals from that group. Implicit biases are the product of learned associations and social conditioning. Biases begin at a young age and most people are unaware they hold them” (Berghoef, 2019; Nittle, 2021). Teacher bias promote barriers which prevent missed opportunities to learn (OTL). Missed opportunities to learn may spell a lifetime of hardship such as inability to endure the rigor of post-secondary institutions, lower lifetime earnings, or possibly worse such as a shorter life expectancy due to the stressors associated with poverty (Reeves, 2021).

Black and white American cultures are still significantly different in regard to how teachers read behavior depends in part on the teacher’s race. Research shows that black and white teachers provide vastly different evaluations of behavior of black students. According to the Startz (2016), when a black student has a black teacher that teacher is much, less likely to see behavioral problems than when the same black student has a white teacher (Startz, 2016).

Wright’s research study focused on 20,000 early childhood students and their school experiences from kindergarten, first, third, and fifth grade. The data findings suggested a Black teacher is much less likely to see behavioral problems than the same Black student with a white teacher.  “When a black student is evaluated by one black teacher and by one non-black teacher, the non-black teacher is about 30% less likely to expect the student will not complete a four-year college degree. Wright’s findings show Black teachers rate white students very similarly as do Caucasian teachers. “Being race matched matters a lot for African American students but not for others” (2015). The more African American students are matched with African American teachers, the less likely that student gets suspended by half.

The effect of race matching is entirely as a result of the perception toward Black Boys (Wright, 2015). However, not as noticeable for African American girls. Secondly, the effect of matching is limited to the year of the match. Unfortunately, “when that same black student is given a white teacher the following year, the unwanted behavior is again a problem”.  These bias adult practices can be remedied through a heavy dose of ongoing professional development with a focus on Excellence, Equity, Access, fixed mindsets, and implicit bias.

The research findings of Wright (2015), Papageorge (2016), and Gershenson (2015; 2016; 2021) suggest teacher perceptions rather than real behavior differences since we might expect improvements in behavior to persist the following year, and that is not what happens. Considering the research findings regarding teacher demographics, public schools lack of adult diversity, as well as implicit biases, African American boys are more likely to suffer in public schools across America in areas such as graduation rates, low enrollment in rigorous college courses, high suspension, and a lack of opportunities to learn (OTL). These mentioned determinants may equate to increased incarceration and a breakdown in African American families because African American women have significantly less equitable African American men to select as a marriageable partner.  These findings are not new. Year after year, and regardless of the institution conducting the research on the importance of a more diverse staff, the results are the same. Having African American and Hispanic teachers are essential for student success and improved cultural acceptance and competence within the organization. As we continue to find solutions for many of the concerns raised, we cannot forget our moral imperative.

Dr. Martin Luther King Jr. said the purpose of education is to teach citizens critical thinking skills and to improve their moral compass. Dr. King gave his life in the name of social justice for all people. We must live up to Dr. King’s vision and dreams by pushing through adversity and challenges. We cannot give up on his dream of a better America. There is no better place to begin, than improving academic outcomes for Black and Brown students across the nation.

In closing, the researchers nor myself are suggesting malice, prejudice, or favoritism. However, the findings are glaringly clear, “Race Matters in America’s Public Schools.” To not acknowledge that race matters for all students, is a disservice for all of America’s Public Schools and their students in which they should be serving. Nevertheless, the challenges of finding certified African American teachers are extremely difficult. The demand for all teachers in public schools is enormous and the challenge of identifying certified African American teachers in that same candidate pool is a grandeur feat.

Number and percentage distribution of teachers in public and private elementary and secondary schools, by selected teacher characteristics: Selected years, 1987-88 through 2015-16