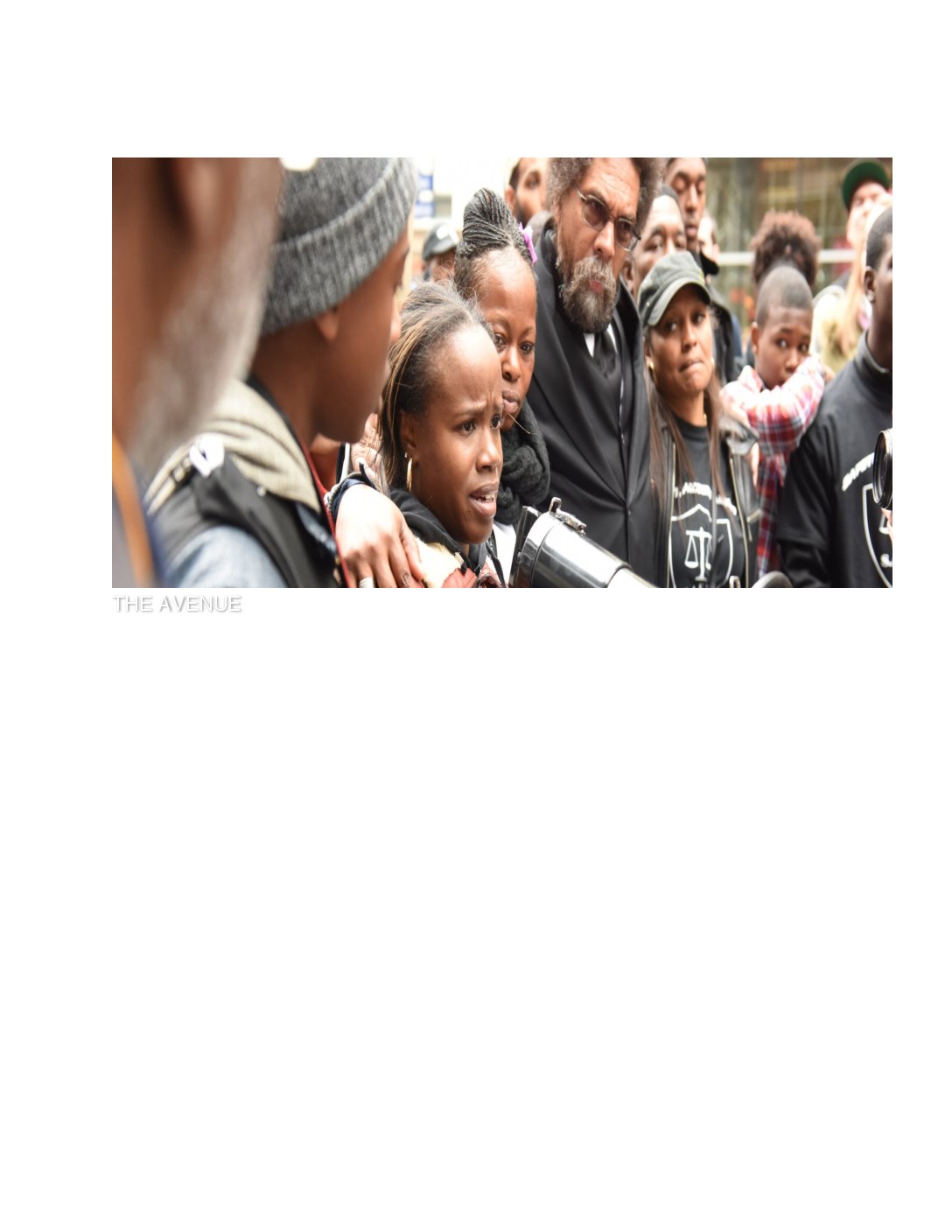 Editor’s Note: This story was produced by The Hechinger Report, a nonprofit, independent news organization focused on inequality and innovation in education.

The evidence that racism is directed at black people to impede their social and economic progress keeps growing (and growing), but discrimination persists. That’s because isolating racism as a cause of racial disparities, particularly among black men, is only part of the solution. Showing how racism benefits white people, and white men in particular, is the evidence black people can take to court and the bank.

New, important research out of Stanford University, Harvard University, and the U.S. Census Bureau shows that even wealthy black men who live in tony neighborhoods are more likely to have sons who will grow up to be poor than their white male counterparts. The researchers controlled for many factors, including the family’s socioeconomic background, neighborhood, education, and wealth, among others, and still disparities existed.

The New York Times created a stunning data visualization based on the study that showed how black children in wealthy families become adults in lower income brackets. The graphics also represent how different racial groups that started out rich end up poor; even here, more black children end up poor than kids of other races. Many are calling this research groundbreaking. One Times columnist went so far as to say the work puts “an end to the class vs. race debate.”

Actually, the Black Lives Matter (BLM) movement put an end to that discussion. But those who don’t believe that blackness led to the killings of the unarmed Trayvon Martin and Tamir Rice are still mired in debate.

Black people, including black academics, have long accepted research that shows racism is a causal factor in the social and economic outcomes of black people. It has been the irrationality of racism and the elitism of the academy that have precluded conservatives and liberals alike from accepting the works of William Darity, Roland Fryer, Julianne Malveaux, William Julius Wilson, Ida B. Wells, Ta-Nehisi Coates, and Cornell West, who wrote the book Race Matters.

Black people, including black academics, have long accepted research that shows racism is a causal factor in the social and economic outcomes of black people.

We also know that race matters through our lived experience. The depressing number of educated and wealthy black women who die during childbirth is hard proof that race matters. Black mothers in the U.S. die at three to four times the rate of white mothers, according to the Centers for Disease Control. Black women can’t buy or educate their way toward better health outcomes. Black folk whose lives and deaths illustrate those shocking gaps don’t need further convincing that something besides class is at play.

What we do need more evidence of, however, is how racism works—for white people.

Instead of focusing on the negative impact of racism on black boys, the headline of that Times story could have read, “Racism enables whites to maintain wealth.” The charts presented in the reporting also highlighted white men’s elevated position in society. Yet the reporting on the study inexplicably placed the scrutiny on black men.

I fear that the spotlight on racial disparities ultimately helps widen the gap between black people and their peers of other races. When we see black people as problems, we almost guarantee that no one will want to invest in them. After all, who invests in a problem or a deficit when investing in a solution is so much more attractive? Education is littered with white saviors fixing black children for this reason.

There are still people who continue to blame poor women for having too many children and not getting married—rather than fixing the systemic problems of unequal pay, tax policy that favors the rich, and discrimination in housing and employment.

But if investments that can be used to create wealth, build better schools, and develop training programs go to other (often white) people who we assume have the capacity to fix black people, the people on the lower end of the disparity never truly develop. Likewise, the focus on differences ends up perpetuating a line of research that ultimately leads to victim blaming—and we have enough of that. Think about the rhetoric around single mothers causing poverty. Believe it or not, there are still people who continue to blame poor women for having too many children and not getting married—rather than fixing the systemic problems of unequal pay, tax policy that favors the rich, and discrimination in housing and employment. You know, the factors that determine how much money people make.

Since 1965, when Assistant Secretary of Labor Daniel Patrick Moynihan published his report “The Negro Family: The Case for National Action,” better known as the Moynihan Report, researchers and journalists have continued framing poverty mainly as an individual choice—i.e., mothers form families that put children in harm’s way. Moynihan also offered a robust structural analysis of the economic and social conditions that help shape black family structures. However, he set a dangerous example by identifying the main problem as black people not living up to white middle-class ideals. It’s a mold that researchers of black men willfully maintain to this day.

“When there’s only one parent with a meager income, the burdens mount and feed on themselves,” wrote Washington Post columnist Robert Samuelson in an op-ed just this month. “That’s one reason the growth of single-parent households is rightly regarded as a cause of poverty.”

When you fault single parenthood, you inevitably to go down a path of chastising women, culture, and individual behavior. The focus on negative outcomes among black men has led to programs to instill “grit,” charter schools that “sweat the small stuff” (i.e. suspend and expel children), and other initiatives that condemn the effects of housing and employment discrimination, lack of access to capital, and the prison-industrial complex on black families while privileging white men.

Let’s shift the scrutiny from the plight of black people to the privilege of white people. Of all the reactions to the amazing charts in the Times article, you didn’t hear much about white male power. It was summarized in a tweet by economist Arindrajit Dube: “If you overlay the @nhendren82 (+coauthors) percentile-percentile plots, it suggests the exceptional mobility is for white men. This point should be discussed more when hypothesizing explanations for these patterns.”

Just as cell phone cameras have shifted the national debate by capturing unarmed black folk being shot by the police for being black, we need research to reveal how the system privileges white people at the expense of black.

What is maintaining the upward mobility of white men? This is evidence our legal and policy nerds could use to address structural inequity. Just as cell phone cameras have shifted the national debate by capturing unarmed black folk being shot by the police for being black, we need research to reveal how the system privileges white people at the expense of black.

Proof that racism matters may be illuminating for those who’ve had the luxury of believing that class explains all outcomes. But it’s not that empowering for black people to constantly be portrayed as “at-risk” or as an “endangered species.” We have to keep a spotlight on the system that oppresses us, not on how it breaks down our brethren. We need to turn our gaze to how the system uplifts white men, unfairly, and at our expense. Don’t show me how bad black men are doing; show me how to hold people who benefit from racism accountable.