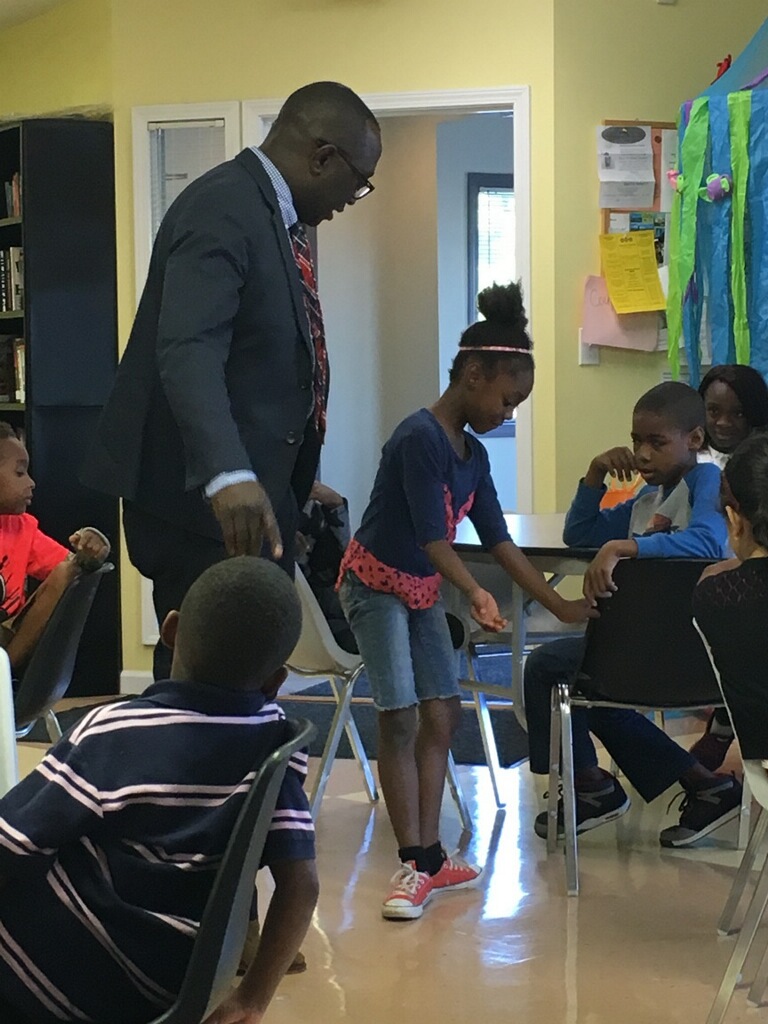 Fixed mindset compared to growth mindset.  Fixed mindsets work against the achievement of all students. When educators are of the mindset that all students cannot learn, he or she may be in the wrong profession.  This article from Brookings (Brown Center Chalkboard) sheds light on how teachers’ perceptions of their students can be harmful if teachers’ perceptions are fixed and they are opposed to a growth mindset.

(The young girl in the picture insisted on showing me what she learned in her ballet class.  I allowed her to demonstrate because I believed in her). Growth mindset. She was overjoyed to show me and her peers. Awesomeness!!

When it comes to student behavior, what’s polite or rude—what counts as acting out versus what’s seen as healthy youthful exuberance—depends not only on actual behavior but on how teachers read behavior. Black and white American cultures are still sufficiently different in that how teachers read behavior depends in part on the teacher’s race. New research shows that black and white teachers give very different evaluations of behavior of black students. When a black student has a black teacher that teacher is much, much less likely to see behavioral problems than when the same black student has a white teacher.

New research by Adam Wright, “Teachers’ Perceptions of Students’ Disruptive Behavior: The Effect of Racial Congruence and Consequences for School Suspension,” documents that black teachers have much less negative views of black student behavior than do white teachers. (Conflict of interest notice…hmmm no, braggin’ notice: Wright is one of my PhD students.) Wright looks first at teacher evaluations of behavior, and then at data on school suspensions. Let’s begin with the teacher evaluations.

Wright uses data from the Early Childhood Longitudinal Study to follow the experience of more than 20,000 students in kindergarten, first, third, and fifth grade. During the elementary school years, teachers were asked to assess a number of noncognitive skills. The measure of interest here is “externalizing problem behaviors,” which asks how often the student “argues, fights, gets angry, acts impulsively, and disrupts ongoing activities.” Notice that we see a measure of teacher perception, rather than counts of disciplinary events. Wright focuses on externalizing behavior because this measure is highly correlated with school suspensions.

How about white or Hispanic students being matched with white or Hispanic teachers, respectively? Nope, no discernable differences in externalizing behavior. (To be clear, black teachers rate white students about the same as do white teachers.) In other words, being race matched matters a lot for black students but not for others.

Wright drills down further. First—and this is probably unsurprising—the effect of race matching is entirely due to the evaluations given to black boys. There isn’t a noticeable difference for black girls. Second, the effect of matching is limited to the year of the match. When Wright checked reports of black students when they were assigned to white teachers following a year with a black teacher he found no lingering effects of that year of being race-matched. This suggests that the findings reflect teacher perceptions rather than real behavioral differences since we might expect improvements in behavior to persist the following year—and that’s not what happens.

Wright then turns to the question of suspension. As is well known, black students are much more likely to be suspended than are white students. Wright shows that the more times a black student is matched with a black teacher, the less likely that student is to be suspended. Unfortunately, the data does not note the grade in which a suspension happened. It is reasonable to speculate that most suspensions come in later grades and that the finding is due in part to the effect of student-teacher race matching in earlier grades. We can’t be sure of this however, and some part of the finding may also be due to fewer suspensions of black students during years they have black teachers.

The difference in suspension rates is large. Taking these findings at face value, Wright estimates that if we doubled exposure of black students to black teachers, the black-white suspension gap would fall in half. Because of data limitations, it’s not possible to test whether black students’ likelihood of suspension changes when they move from a black teacher to a white teacher. Instead, Wright looks at black students who enter the same school at kindergarten but are exposed to different percentages of black teachers through eighth grade. So the causal interpretations about suspensions are less certain than are the interpretations about behavior reports.

In summary, black teacher perceptions about the behavior of black boys is very different than the perceptions of white teachers. This doesn’t happen for other racial groups. None of this necessarily suggests malice or prejudice or favoritism on anyone’s part. It does suggest one more way that race still matters in our schools.